Sunset Music Festival: Day 1 Recap! | Everything You Had FOMO About If You Couldn't Attend 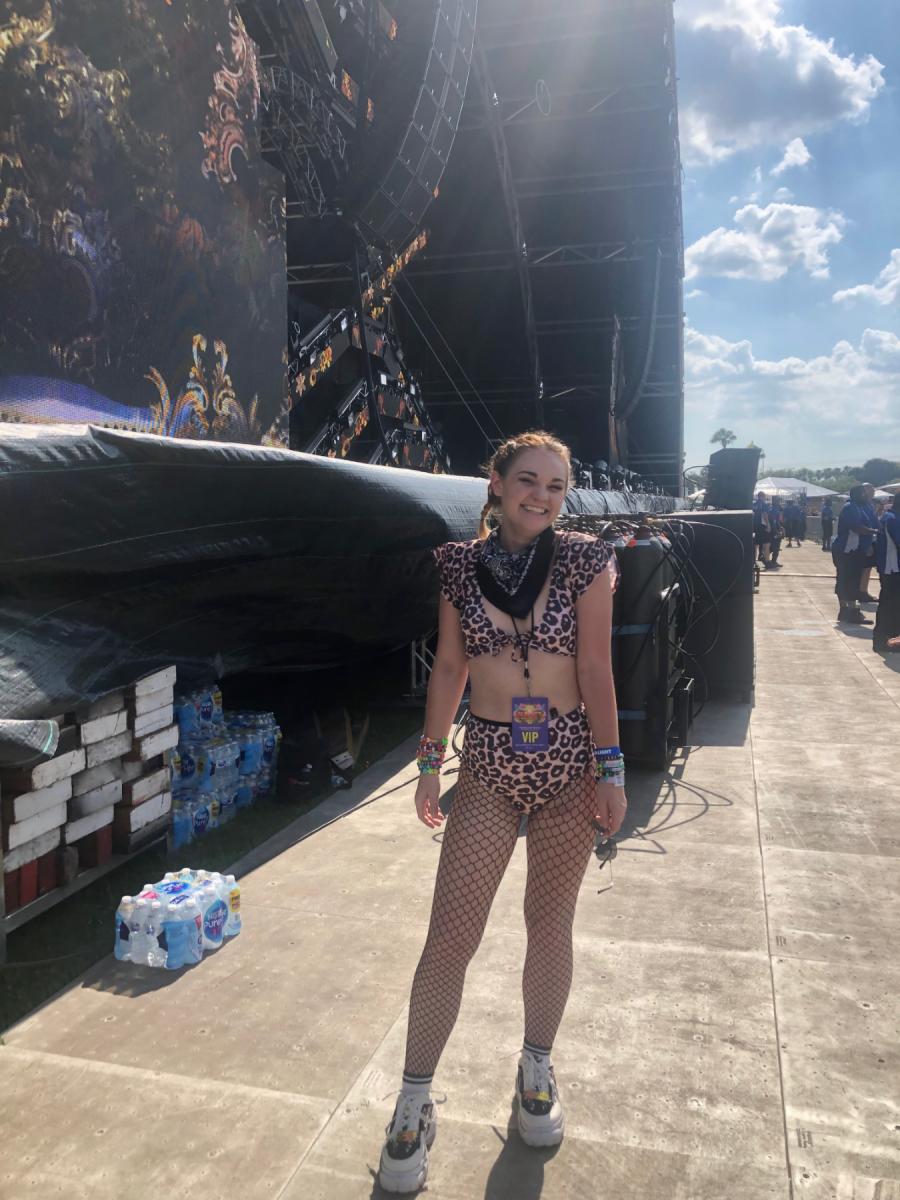 Hey Sunsetters! I hope you had a wonderful and PLUR filled experience this weekend at SMF ‘19. I can tell you that my experience was one for the books. With a b-access pass I was able to get a behind the scenes look at the festival and how much work goes into it. So, here’s my story of this lovely Memorial Day Weekend in Tampa.

On day 1, I arrived to the festival around 4pm ready to rave and ready to sweat. The heat was almost unbearable, but with enough hydration and relaxation in the shade, we made it through.

My squad was almost 15 people deep and when we arrived we found ourselves at DROELOE to start off our adventure. I was shocked when I learned that DROELOE was actually a duo instead of just one guy but their set was fantastic! They played bass music that brought good vibes to the Sunset Stage. They had a really large crowd for 5pm and it was my first time seeing them play a live set after listening to their hits like JUMP featuring Nevve for years. I was thoroughly impressed with their set and I will definitely make it a point to see them at my next festival.

After DROELOE, we went to the bass stage that was sponsored by Deadbeats to see Lick play before Blunts and Blondes, a local Orlando native that had his start at The Ritz in Ybor. He went to Saint Leo University and was a resident DJ back in 2016 at The Ritz, which he credits to giving him his start. At SMF this year, the Tampa locals that watched him play at The Ritz were in full support. I was able to go backstage for part of his set and watching his fans ride the rails for him was awesome. You can tell that Tampa is proud to have given him his start.

After Blunts & Blondes set, I headed over to Destructos set on the Sunset Stage. His sound was more upbeat and the crowd could feel it too. The entire crowd, which was probably 5,000 people was going crazy for his high energy drops. I met up with Amanda Re, who knows Gary Richards (AKA Destructo), and she told me that he started Holy Ship and HARD Summer Music Festival in LA. These festivals are both on my personal bucket list, so I found it fascinating that he was the original curator of these events.

My friends had attended Subtronics set, which I missed but heard was one of the best of the day. He has a very hard EDM and bass music sound. He had his fans headbanging until they needed a neck brace!

Fisher played after Destructo at the main stage and he’s someone that I follow on social media so I was really gunning to meet him. From his social media content I could tell that he was quite the character so I was really looking forward to speaking with him. His fans were shuffling their hearts out as he played many of his hits, including a song that brought House back into the limelight, “I’m Losing It”! 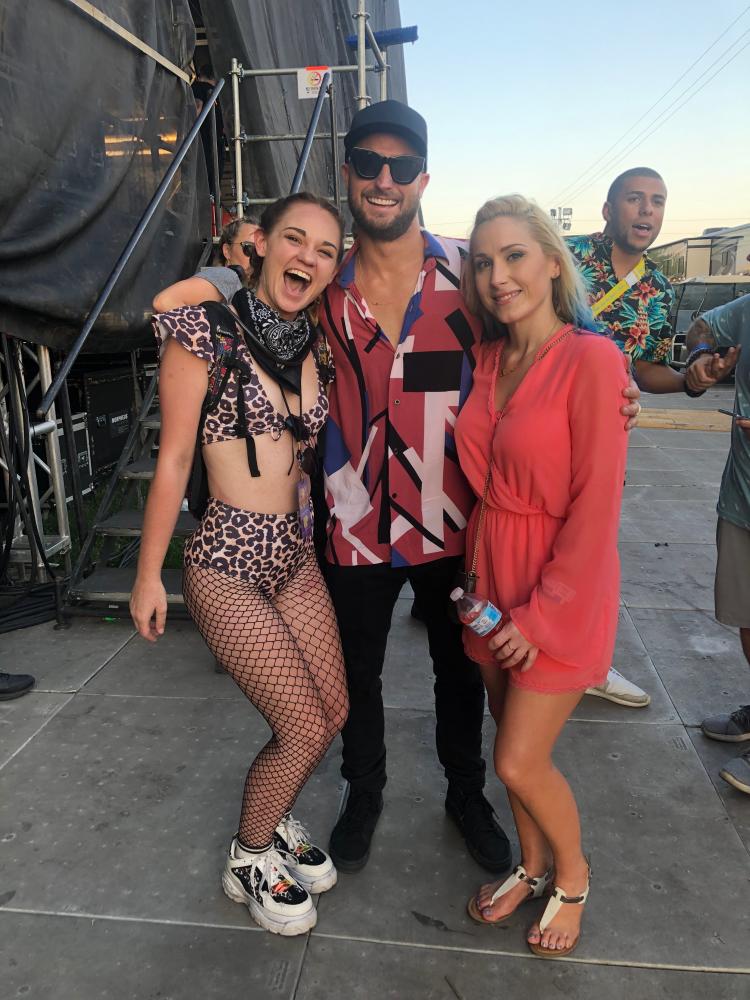 When his set ended, I headed backstage and was lucky enough to be able to meet Tchami as he headed on the stage for his set. To my surprise, I was also able to meet and congratulate Fisher on a killer set. He was exactly like I expected: kind, genuine and a total character. He even took a moment to get in a Snapchat with me and we ended up joking around and laughing together because I told him I was just “Losing It” and he got quite a kick out of my play on words. 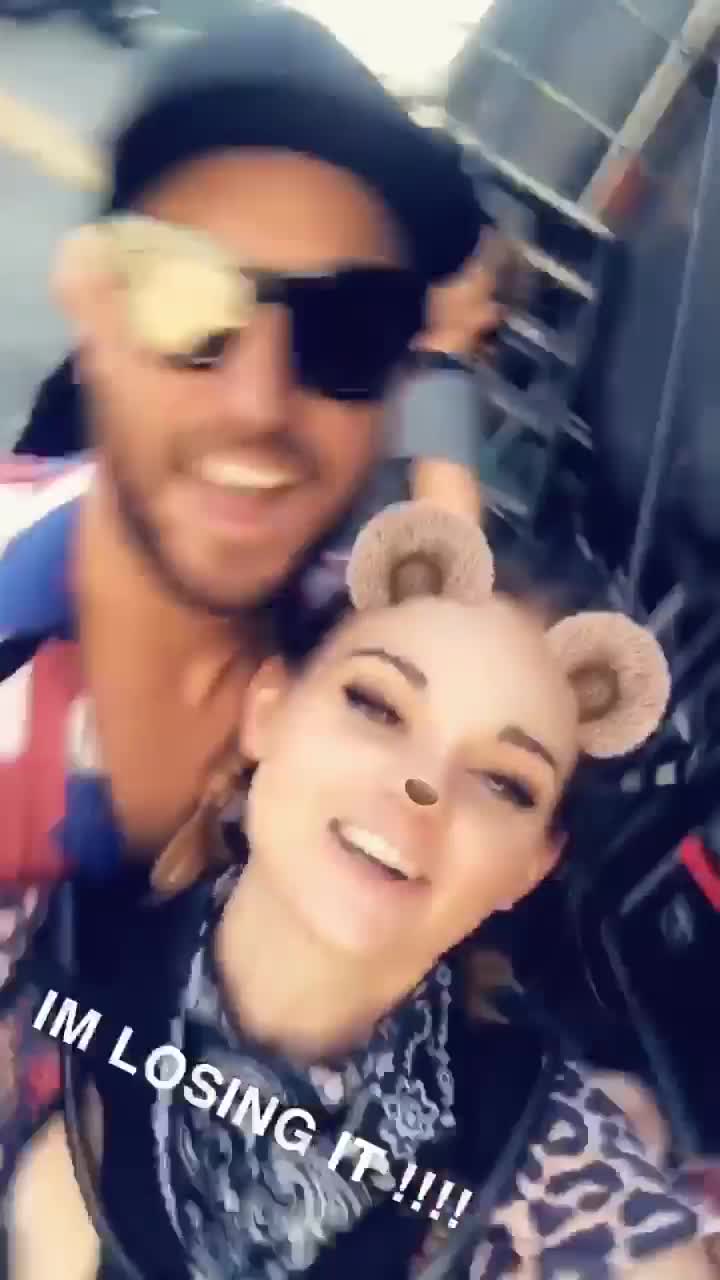 After meeting Fisher, I was so happy. It really blows my mind each time I meet an idol of mine in the EDM industry because they’re all so genuine. I ran into the moderator from Winter Music Conference, Mat MedVed, who allowed me to have quite the moment with DJ Diesel, also known as Shaquielle O’Neal. To my delight, he actually remembered that moment and seeing me in the audience during the panel. He introduced Amanda and I to Phantoms, a DJ duo that was playing the main stage on Sunday. Being backstage, you never know who you’ll meet but that’s the best part about this opportunity! You have a chance to make an impression or impact on your idols. A word of advice: always take a chance and put yourself out there when the opportunity arises. You never know what will come from it.

I listened to Tchami’s set for a minute before heading to Dion Timmer at the Eclipse Stage with my friends. Dion Timmer is a 19-year-old phenomenon that has already had the opportunity to create music with Excision, a legend in the Bass Music Industry. His set was just around the time that the sun was setting on day 1 of SMF, but it brought his vibe to a whole new level.

The next set I saw was Liquid Stranger and he brought the wubs. If you’re a bass music fan, this was the must-see set of the weekend. Both his visuals and his sound are meant for the headbangers.

One of the biggest names on the lineup for Saturday was Illenuim and let me tell you, his fan base is incredible. I noticed his merch and logo on almost a quarter of the attendees. I will be honest with you, I’m not his biggest fan, But, his set at SMF made me a fan of him. He played both his hits including his Gold Dust remix and The Phoenix and some heavier tunes. I can totally understand why his fans are so dedicated, he can take you from “in your feels” to headbanging with your friends in seconds. 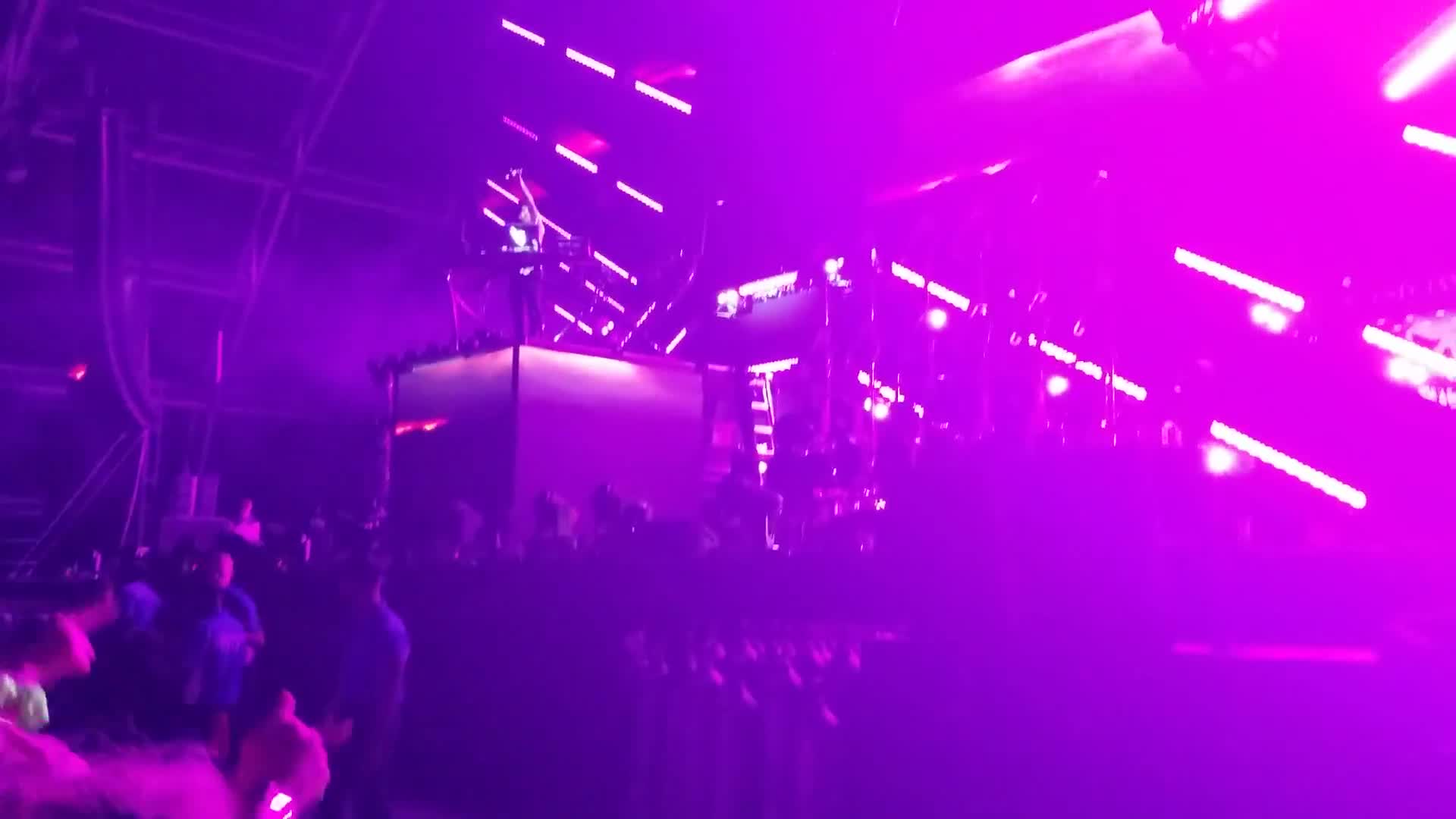 To end my day 1, I was conflicted between Flux Pavilion and Zedd. Zedd is one of my favorites but I hadn’t seen Flux Pavilion yet and part of me felt like I was missing out if I didn’t see someone new.

Flux Pavilion was who I ended up choosing, partly because I had FOMO and partly because I wanted to hang out with my friends, who also had never seen him play live. His set was a great way to end my day 1, he had us headbanging and dancing with our friends like we really wanted. Check out these fun videos from his set! 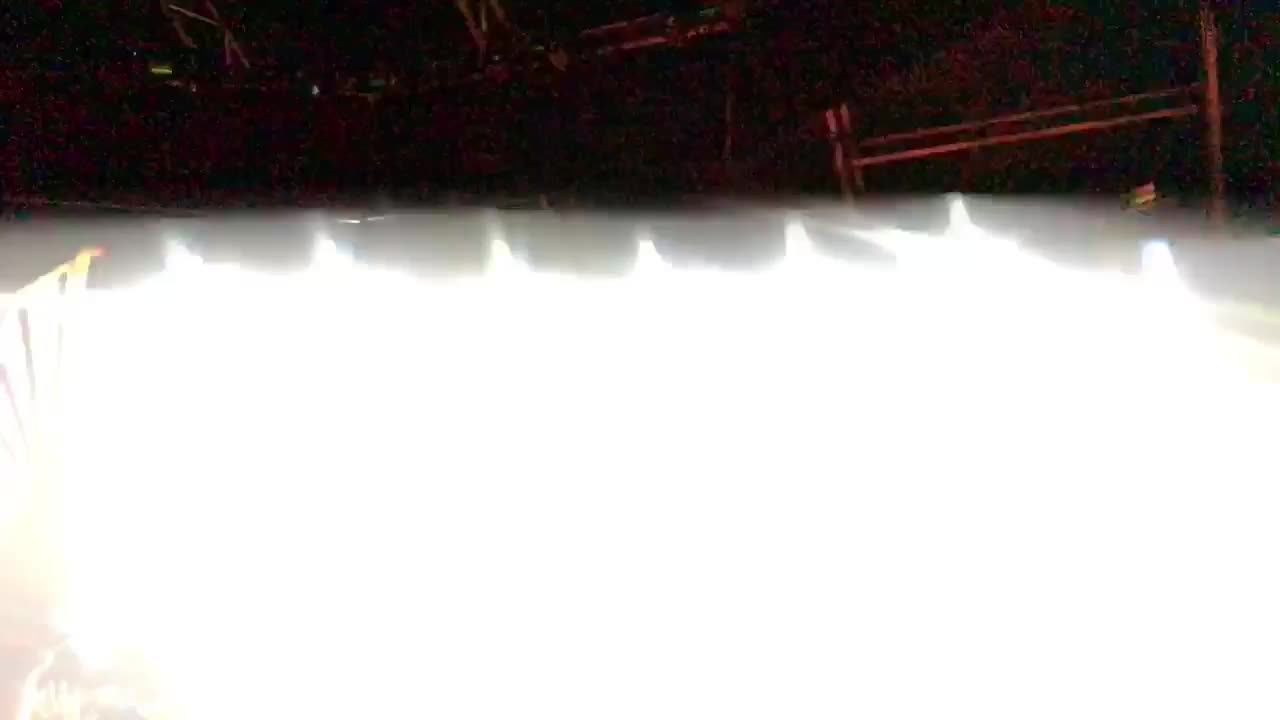 As day 1 ended, I was already looking so forward to day 2! Alison Wonderland, Dog Blood (Skrillex and Boys Noize) and Kaskade we’re going to make for quite the day.

Stay tuned for a recap from day 2 of SMF ‘19 and more on meeting some of the EDM Industry’s biggest names.

Looking for more Tampa EDM news? Check out our EDM Community on 813area. We're your free and local guide to everything Tampa has to offer!