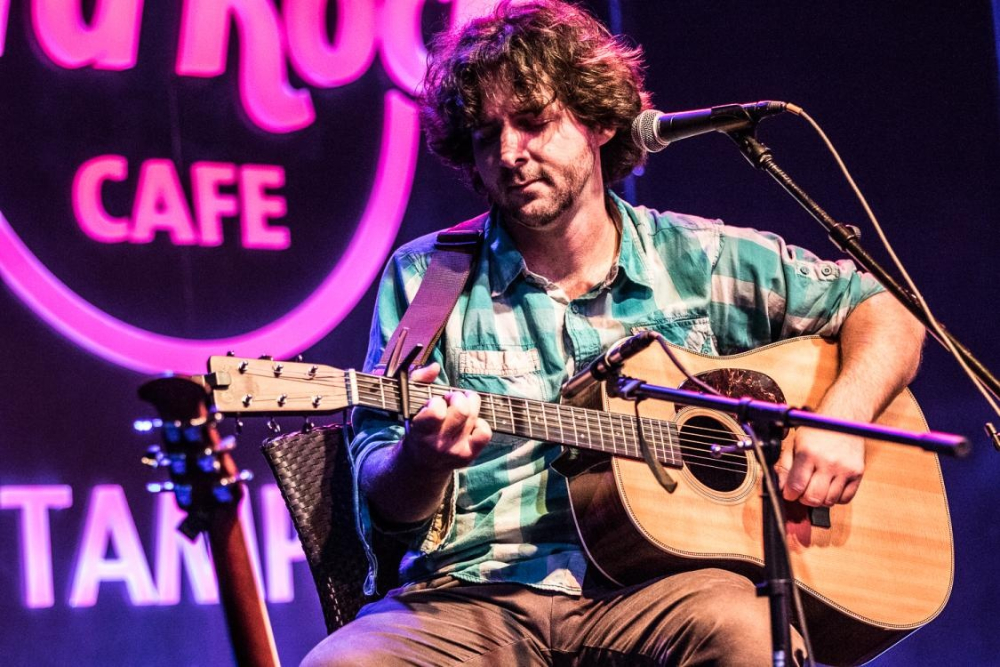 The Tampa Bay Acoustic Music Festival continued with a bang Saturday night as 62nd Ave, Harvey Myers, Eden Shireen, Spark Notes and Chris McCarty took the Hard Rock Cafe stage and wowed the crowd with their "acoustic" solid performances.  Half-way through the month long festival, it's clear, there is a ton of musical talent in Tampa Bay just waiting to be found.

Up first was solo guitarist and songwriter Charles Immig of 62nd Ave. Charles began playing the guitar at age 10 and started singing while taking drama classes in high school. Songwriting began as a hobby during college while studying sound engineering but eventually turned serious and Charles recorded his first album, Pen to Paper, in his living room last year.  Passion flows throughout Charles: his songs are deeply emotional, his first note was a siren and he played through breaking a guitar string, which he apparently does often! Charles played a set of all original music including "Carry the Chariot", "Fight for Me" and "El Camino".  The song "Carry the Chariot" is especially meaningful because it was inspired by one of Charles' closest friends who was diagnosed with terminal lung cancer.  All of the profits from this song will be given directly to his foundation, the rscancerfund.org.  Charles hopes to release Pen to Paper sometime this year. Hear a few tracks and keep up with 62nd Ave here, you'll be glad you did. 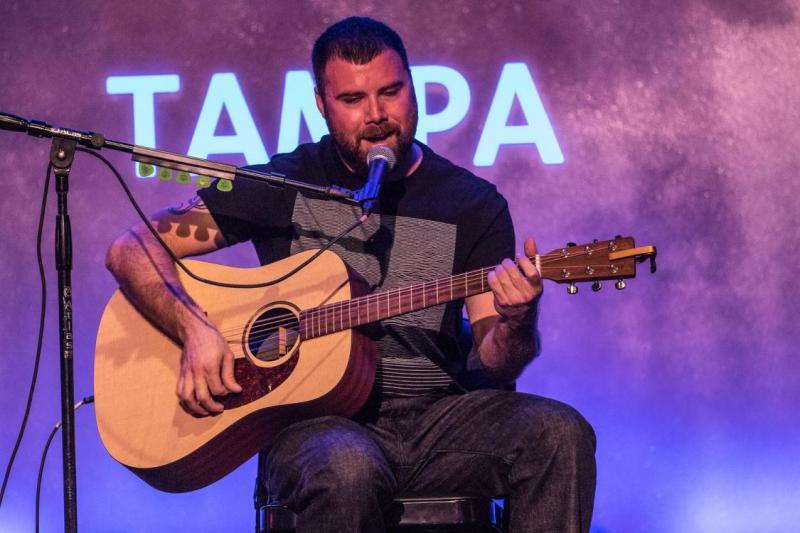 Harvey Myers took the stage next with his son Brad for a multi-instrument set of pure classic rock.  A little sibling rivalry caused Harvey to pick up the guitar at age 11 after his brother started playing the drums.  He continued playing through high school, in the Navy, and on the side while raising a family. Unfortunately, Harvey had an accident and sustained severe head and neck injuries which left him in chronic pain for over 12 years. After trying "everything" he finally found a treatment to relieve his pain and music helped bring him back to life. Harvey believes he's been given a "3rd life" and after such a long disability, he likes to give back through his music. 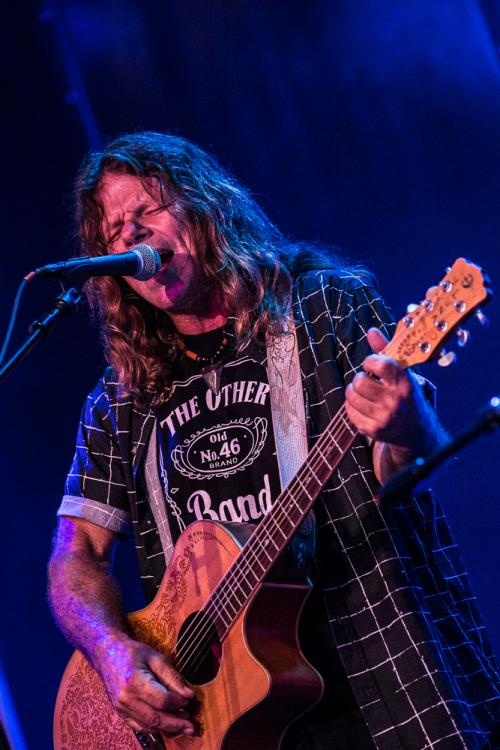 Harvey and Brad played a mix of originals and covers with Harvey on vocals and guitar and Brad on mandolin, violin, and acoustic electric guitar.  Covers included "Melissa" by The Allman Brothers, "A Horse With No Name" by America, and "In The Air Tonight" by Phil Collins. Originals included "Caribbean Sunrise", "Mystery Man", and "Lies".  Harvey loves writing songs and hopes to release an album next year. Catch Harvey every Tuesday night at Nauti-Nancy's Food Shack in Clearwater or find him here. 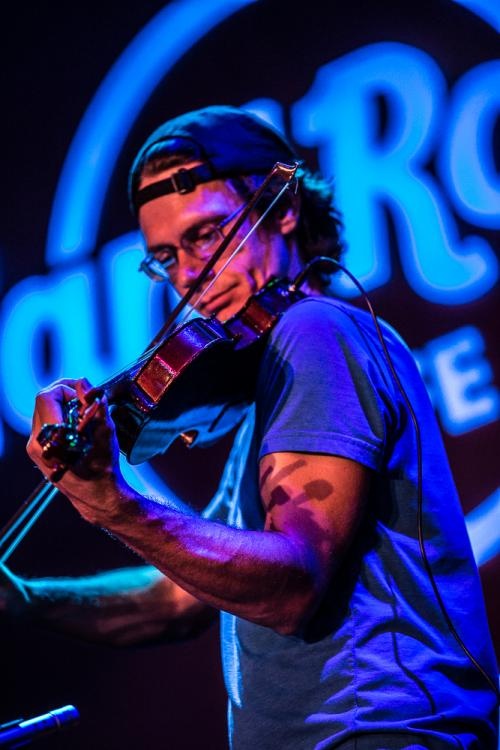 It's not every day you meet a 19 year old like Eden Shireen.  Strinkingly beautiful with a voice like an angel and a passion that literally knocks you down, Eden has been singing since she could talk, started writing lyrics in high school and recorded her first album, Eden Shireen, when she was a senior in high school.  Her career really started taking off when she started making videos and posting them on YouTube. Eden has added guitar to her repertoire, is working on her second album, and recently returned from touring in the Philippines.  Music is important to Eden because "music impacts people" and she wants to impact people in a positive way.  Music is a safe place for her and giving this safe place to others is "magical". 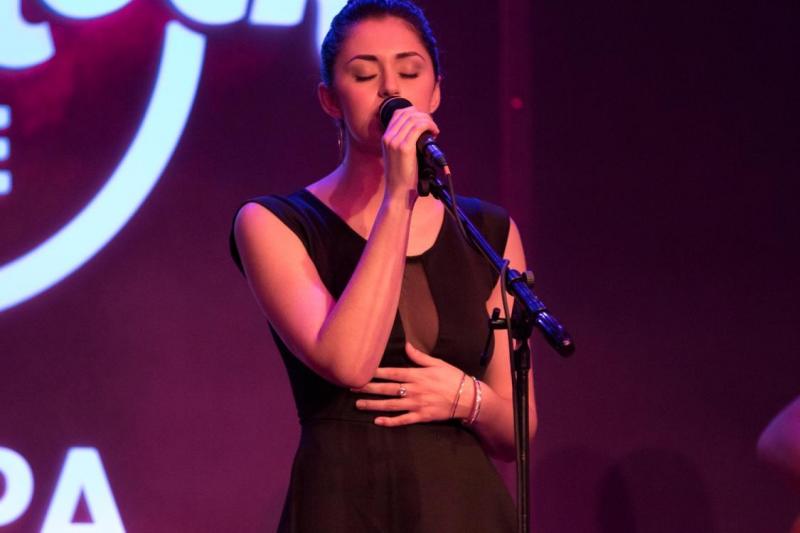 Accompanied by Ben Torres on guitar and Ellis Martinez on cajon, Eden's magic was abundant as she serenaded us through a mix of original and cover songs including "Invisible To You", "Tangled Heart Strings" and "Fraction of Time" a song about her first heartbreak, "I'm just a fraction of time for you".  Covers included a spectacular "Stay With Me" by Sam Smith and "Tenerife Sea" by Ed Sheeran.  Eden is a busy young lady. She plays in two bands, writes, records, works and goes to college part time but feels she was "made to do this".  After last night's performance, I couldn't agree more.  Catch Eden on the small stage while you still can at the Market on 7th in Ybor City on June 25th or listen to her here. 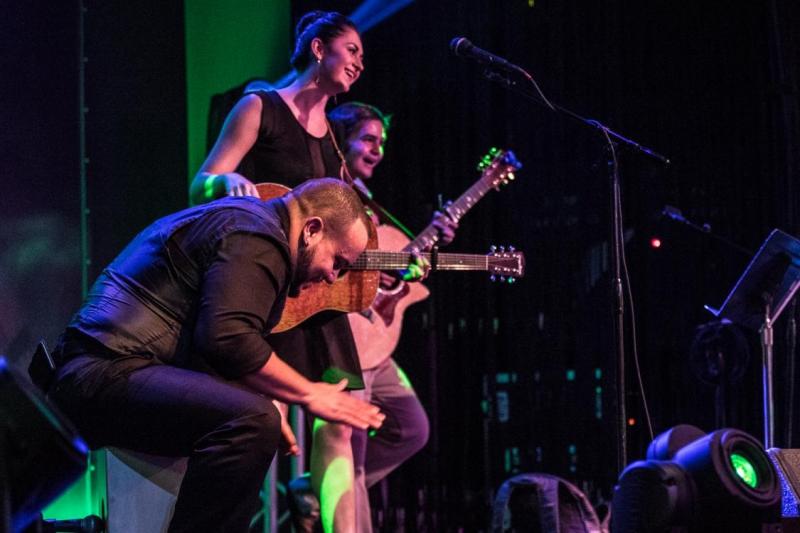 Full of energy, Spark Notes hit the stage next. Composed of Gene on the guitar, Erik on the drums, and Lalo on the Bass, this trio has been playing together for the past 4 years.  Described as "obsessively eclectic", Spark Notes has a heavy classical background but is also inspired by alternative rock bands Nirvana and Weezer and rap artist Snoop Dogg.  If Spark Notes could play with any artist, alive or dead, anywhere they would be playing with J.S. Bach at the Roman Coliseum. Now, that would be an interesting show! Spark Notes played an all original set including songs "Take You Away", "Florida Keys" and "Blazing Away", a song about trying to "blaze away" from a breakup you don't want to face.  Spark Notes is currently working on an album.  Catch them every Tuesday night at the Gator Club in Sarasota or check them out here. 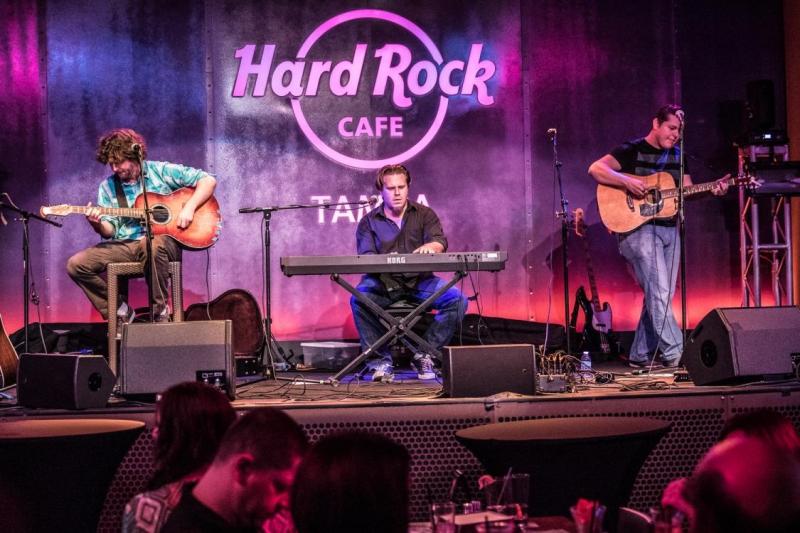 Closing out the evening was multi-talented performer Chris McCarty.  Lightning may not have struck at Amalie Arena last night but Chris lit up the Hard Rock Cafe with his spellbinding vocals, solid guitar, array of percussion elements, and non-stop energy.  Chris has toured across the country, shared the stage with James Brown, Dave Matthews Band and Jason Mraz and has even played the White House but it all started by accident.  At age 9 Chris was trying to win a drum set but ended up winning a guitar instead.  He taught himself to play it and hasn't stopped since.  After high school, another accident happened.  The night before he was headed to play basketball for Western Kentucky University, he got a call to join a band.  He took the "less logical option" and grabbed his guitar instead of going to college.  After seeing Chris perform, it's clear these were no accidents, Chris is meant to make music! 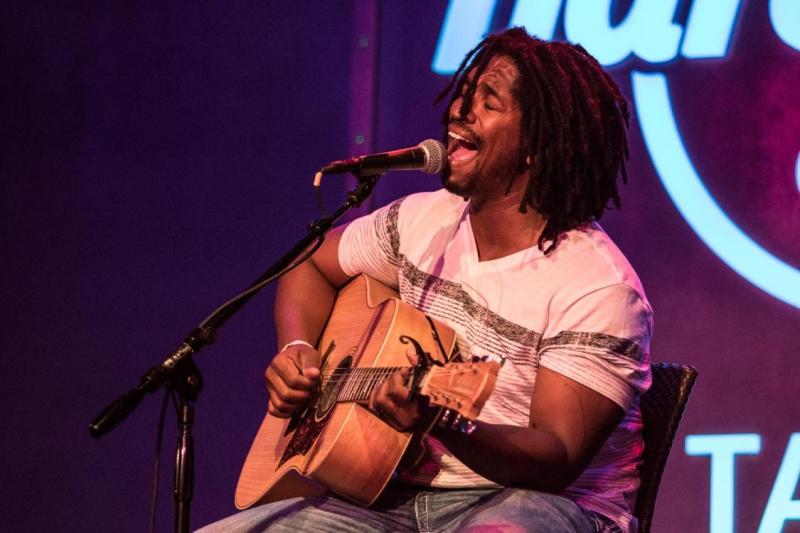 Chris played a mix of originals and covers including original song "Castle" as well as "Redemption Song" by Bob Marley and "In Your Eyes" by Peter Gabriel. Remembering Chris has shared the stage with numerous musical legends, I asked him about his most extraordinary musical moment.  Expecting to hear "playing the White House" or "singing with James Brown" I was beyond touched to hear his most extraordinary musical moment was playing to the children at All Children's Hospital in St. Petersburg.  He described the feeling of playing for kids that are sick as "unreal", the power to take away their pain is "what it's all about".  This was the moment Chris realized life has more meaning and he wants to help heal many more people through his music.  Whether you're attracted to his music, his passion, or his heart, hear him next at the Palm Pavilion on Clearwater Beach on June 18th or keep up with him here. 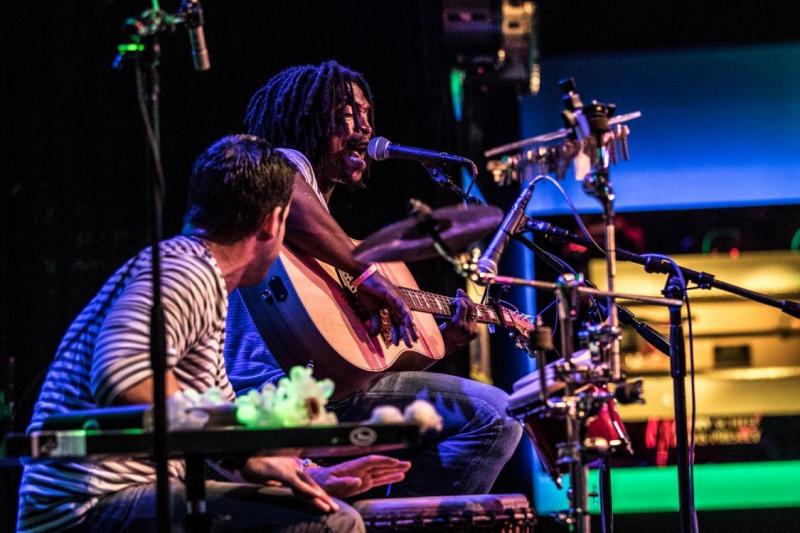 The Tampa Bay Acoustic Music Festival continues throughout the month of June in the Hard Rock Cafe at the Seminole Hard Rock Hotel & Casino Tampa .  Click here for the schedule. Don't miss your chance to see the best local talent in Tampa Bay! Admission is free!