The Cigar Industry is Under Attack as Cigar City Suffers 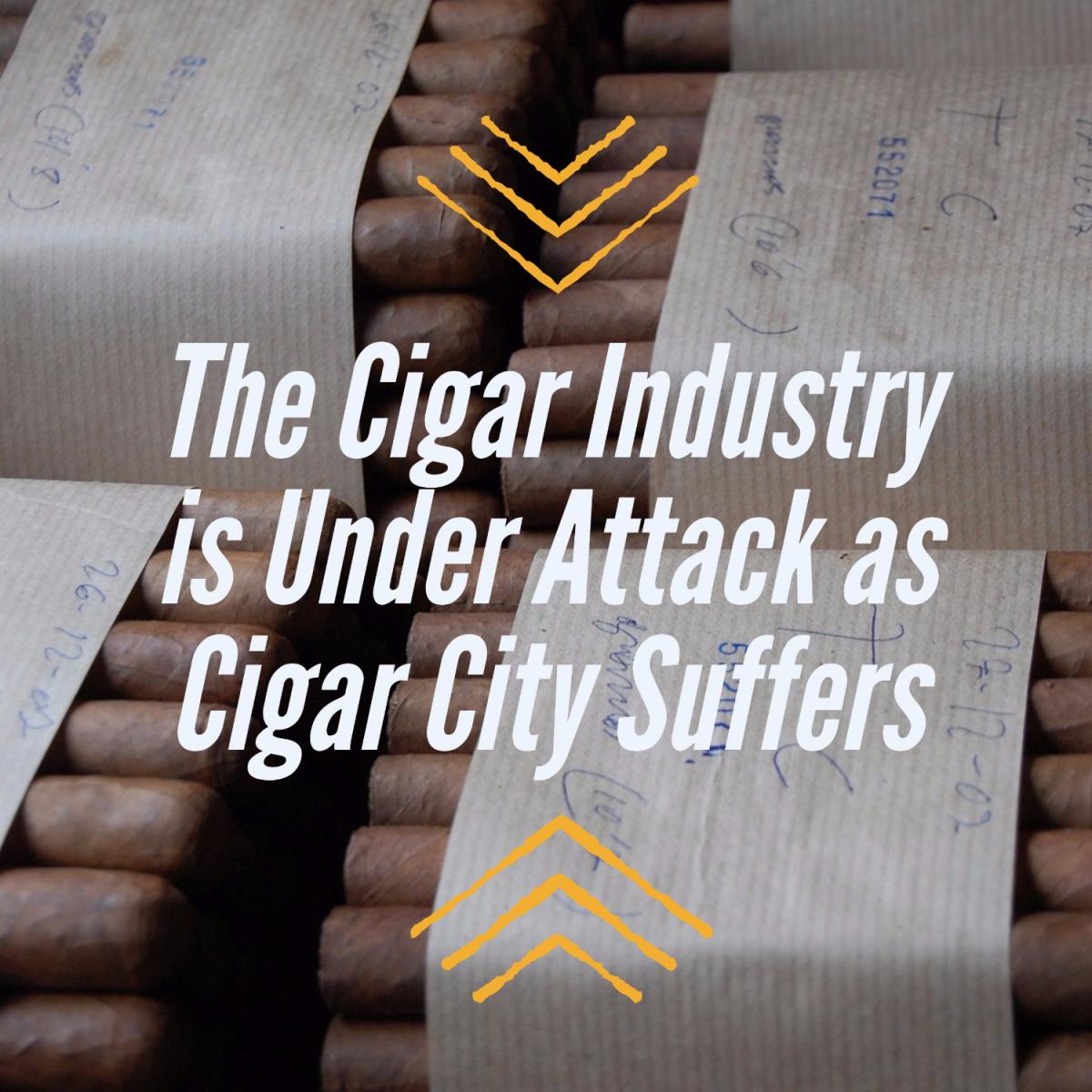 The Tampa Bay area has been known for our world-famous cigars since 1887, when Tampa annexed Ybor City and its factories full of hard working Cuban, Italian, and Spanish immigrants. The city’s hand-rolled stogies helped create a vibrant Latin culture and civil society that lasted through the Great Depression. After World War II, most of the cigar factories were closed, and Ybor City went into a decline that lasted until the recent revitalization when a renewed interest in high-quality artisanal cigars, made in the traditional fashion began. But new Food and Drug Administration regulations might derail our dreams of a comeback before it really gets going.

The Cigar Industry is Under Attack
as Cigar City Suffers

Tampa has several amazing, locally owned shops dedicated to bringing back our reputation as “Cigar City”, including Tabanero Cigars, Vincent Y Tampa, and The Heights Cigar Shop. Tabanero Cigars is in the heart of Ybor City, at the corner of 16th Street and 7th Avenue.  Its owner, Yanko Maceda, recently won the prestigious Adela Gonzmart Award for his efforts in restoring Ybor to its previous standing as a cigar capital of the world. His shop in busy Centro Ybor is definitely a place to see and be seen while perusing the finest in quality tobacco. (Read more about Yanko in  Focus on Ybor | Meet Tabanero Cigars Passionate Owner, Yanko)

Vincent & Tampa Cigar Co. is located at 3103 N. Howard Ave., where you will find on display original cigar makers’ tables, chairs, cigar molds, and wood tobacco casing barrels used by Vincent Ruilova when he first produced his cigars in 1943. Strong family values and commitment to excellence in the art of cigar making are evident in the success of their brands such as Exodus 1959, Casa Toraño and Virtuoso.

Nestled in the burgeoning hipster paradise of Seminole Heights, The Heights Cigar Shop, 6207 North Florida Ave, was founded last year by Benny Blanchard and Glenn Genereux. The shop promises to be a relaxing haven for lovers of the leaf, featuring cozy leather furniture, craft beers from Jug & Bottle, and friendly, knowledgeable staff.

But recently the Food and Drug Administration (FDA) has taken some worrisome new steps towards the over-regulation of the cigar industry. In a recent statement, the FDA announced, “The FDA has concluded that: (1) All cigars pose serious negative health risks, (2) the available evidence does not provide a basis for FDA to conclude that the patterns of premium cigar use sufficiently reduce the health risks to warrant exclusion, and (3) premium cigars are used by youth and young adults.”

With new regulations going into effect soon, cigar purveyors are no longer allowed to educate potential customers with free samples, and introducing any new products will now take thousands of hours of research, testing, filling out paperwork, and cost $200,000 or more - causing irreparable harm to small batch manufacturers. The FDA also plans on banning any “characterizing flavors” in cigars, including cigarillos, so say goodbye to your Swisher Sweets and strawberry flavored blunts.

Boutique cigar shop owners and manufacturers worry that the FDA’s long and arduous approval process will drastically cut down the number of new and varied products on the market, and as every savvy business person knows, customers want to try new things along with their old favorites.

Some cigar aficionados speculate that the new, stricter regulations on cigars could be due to lobbying on behalf of Big Tobacco, and the behemoth’s fears that customers are now choosing vaping, cigars, and various ways to ingest legal medical marijuana over old yucky cigarettes. With the death of Fidel Castro, it’s probable that entrepreneurs from that lovely island to our south will soon be working closely with local cigar merchants, and that can’t be good for Big Tobacco either.

Will the new administration have something to say about all this? The president-elect has previously referred to the FDA as the “Food Police” and Republicans are notoriously anti-regulation, but nothing is set in stone. What we do know is Trump is supposedly pro-business and pro-commerce, so perhaps there is hope for these small businesses. Stay tuned to 813area.com for updates on this important local story!

Debbie   4 years ago
Great article that exposes poor use of the FDA. Hoping Tampa can keep its cigar industry thriving for decades to come.