Looking for Dinner and a Show? Tampa's Theater Scene and Top-Tier Dining are Booming This Summer! 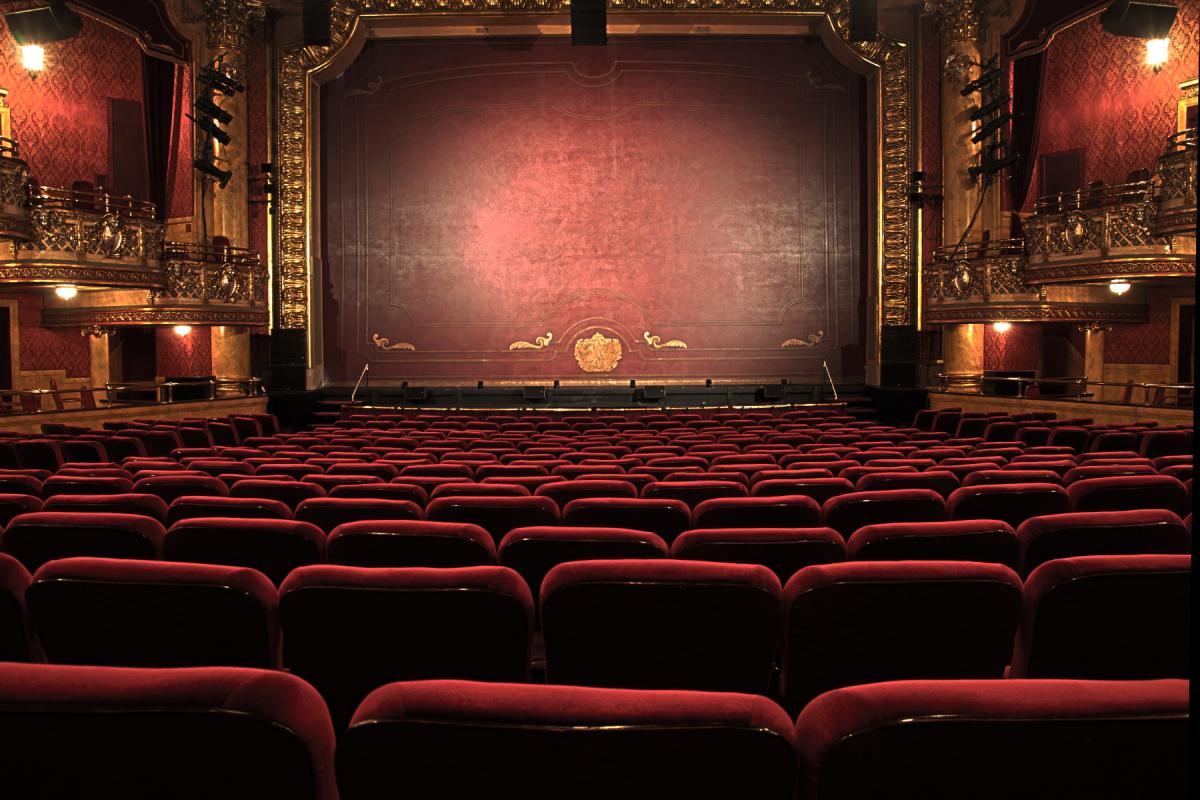 The theater scene in Tampa is booming this summer, so if you’re a part of the theater and Arts community of Tampa, we’ve created a guide for a night out at the theater! With shows like Annie JR. and tributes to some of your favorite bands like Fleetwood Mac, there are shows for every kind of theatre lover on the lineup for this summer. And for those of you who go to shows for your friends or significant others enjoyment, make a day of it! Head to a nice restaurant before the show or a fun bar for after!

For each of the theaters on this list, I've given two options for restaurants (the pre-game) and bars (the post-game) that will satisfy all of your hunger and thirst.

Straz Center for the Performing Arts

Look out for shows like Annie JR. and Showstoppers: Hooray for Hollywood this summer at The Straz Center! Both plays and performances are delightful at Tampa’s most renowned theater. Be sure to grab your tickets today because Straz Center always sells out!

Looking for restaurants in Downtown Tampa that will satisfy your hunger before the show begins? Check out either Malio’s Steakhouse or Osteria for some top-tier dining before the show!

Malio’s is one of Tampa’s best steakhouses with a great view of the Plant Hall minarets, the University of Tampa, and The Riverwalk. They have great craft cocktails and a large selection of wines if you’re looking to start the night with a few drinks at dinner.

Feel like grabbing a drink after the show because you’re buzzing from the show you just saw? I don’t blame you! I always feel inspired after seeing live performers do what they do best! The best bars in Downtown Tampa for a post-show drink are Hotel Bar and Gin Joint. They’re awfully fancy, so no need to change after the show- head directly to these great craft cocktail bars!

The Carrollwood Players Theater has some amazing shows coming up this summer like The Jungle Book, The Importance of Being Earnest, and A Doll’s House! Take your family to the Jungle Book now through June 22 for a night out with the fam. Your kids will love the performance as it’s a story they likely know. Or go on a date night with your significant other to The Importance of Being Earnest. No matter what occasion you're using as an excuse, they have a full calendar of fun shows coming up in the remainder 2019!

No matter what occasion brings you into the theater, you deserve a nice night out, so stop by one of these high-end restaurants before the play! Keep your tummy from grumbling in the quiet theater before, during, and after the show by grabbing a bite to eat at either Sacred Pepper or The Melting Pot.

For a night out with your kids, The Melting Pot is a fondue-style restaurant that will be fun for the whole family. If it’s a date night you’re planning, Sacred Pepper has a romantic atmosphere and dim lighting for the perfect night out! And remember: it’s not a date without a candle!

For a date night, you may not want the date to end right after the show, and we don’t blame you! Now that you’ve seen the show together, there’s plenty to discuss while you chill at the bar and wind down from the impressive performance you just saw. My favorite bars in the area are at Marlow’s Tavern and Cepas Tapas & Wine Bar. Grab a cocktail or a fine glass of wine for a nightcap at either of these locations!

If you like live music performances, the Rialto Theater has you covered this summer with live performances from The Indigo Girls, a Led Zeppelin LED experience, a Fleetwood Mac tribute band, and many others.

The Rialto Theater is in a great location to make your experience into a full day or night out. Being in Downtown Tampa closer to Water Works Park, there are some awesome locations within walking distance like Ulele and Oak & Ola, at Armature Works. Both of these top-tier restaurants have seasonal menus and unique flavors that would impress any date, friend or family member.

Ulele’s rustic, chic atmosphere would be ideal for the pre-show dinner. They serve native Florida-fare like gator and bacon hush puppies and barbacoa grilling. Oak & Ola, a newer restaurant, has a more Euro-American style menu that was inspired by the owner's love of food, beverage, and community.

For drinks after the show, you’ll have to head to either Armature Works to check out their new rooftop bar, M.Bird, or The Hall on Franklin! Both of these bars will provide you with a fun, upbeat atmosphere that would impress any date!

M.Bird is likely to be packed on a Friday or Saturday night but The Hall on Franklin is for those of you looking to grab a drink and wind down after the delightful performance you just experienced.

Stageworks Theater is a theatre that's currently being led by producing artistic director Karla Hartley. This summer, they have some really fun upcoming shows like Four Guys Named Jose and Una Mujer Named Maria, and The Hundred Dresses. Their calendar is filled with fun and exciting shows so don't miss out and grab your tickets now!

For dinner or lunch before the show, I would head to some of The Riverwalk’s best restaurants, Jackson’s or American Social. Jackson’s has been one of Tampa Bay’s favorite restaurants since 1997 when they opened on the waterfront of Harbor Island. They serve one of the best brunches in Tampa Bay, so if you’re going to a matinee, stop by for bottomless mimosas and continental brunch.

American Social is newer to the Harbor Island waterfront, but it's already a staple. Head there for dinner to try their wings, flatbreads, or steak frites before the show to ensure you won’t get hungry halfway through the show.

Buzzing after seeing a live performance is something all of us do when we're amazed by the show we just watched. It’s easily linked to the awe-struck feeling of seeing raw talent and maybe knowing we wouldn’t have the guts to do it ourselves.

Grab a beer and discuss the show at the Fermented Reality Biergarten at Sparkman Wharf. Or if you’re looking to grab a drink and not go very far, head to Cena for a glass of wine for craft cocktail right next to the theater.

If you like astrology, there's a wonderful show called Constellations playing at the Jobsite Theater this summer. The show dives into a glorious love story of Marianne and Roland, an urban beekeeper and a physicist, who are challenged with the distinction between choice and destiny. However, they have more amazing shows coming to Jobsite Theater in 2019 so be sure to stay connected with their future events!

The Jobsite Theater is located inside the Straz Center, so of course you could head to any of the restaurants suggested for your next visit to the Straz, but Downtown Tampa has so many great bars and restaurants so I will suggest a few extras! Mole Y Abuela is a great tapas restaurant that has some of the tastiest bites in Tampa! My favorite is the papas bravas, bacon wrapped dates, and manchego cheese board. If you’re in the mood for pasta, head to Bavaro’s in Downtown for a cheesy and saucy plate of angel hair, spaghetti or penne before the show. Their salads are also fresh and delicious if you’re looking for some lighter fare!

For a post-game, head to Franklin Manor if you’re in the mood to party. Franklin Manor gets crazy on Friday, Saturday, and Sunday nights every week, so be prepared to let loose and get dancing!

Take some tips from the show you just saw and bust a move on the dance floor! Anise is a more relaxed atmosphere with fabulous craft cocktails and small bites. If you’re looking to wind down after the show, this is a better spot for you.

Find more events in Tampa by registering on 813area, your free local guide to Tampa Bay.