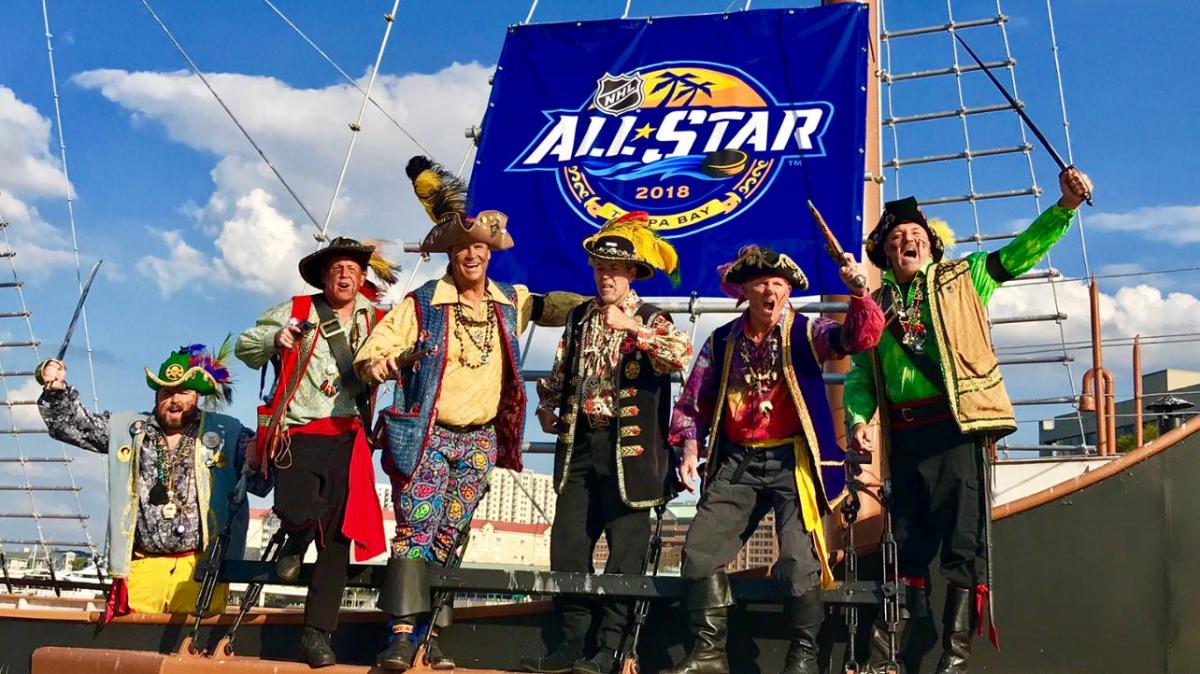 The 2018 NHL All-Star Game is coming to Amalie Arena next Sunday, January 28th, and with it come plenty of live events and family fun! If you're into hockey, live music, or you're just looking to keep the party going after Gasparilla, there's plenty for you to do during the 63rd NHL All-Star Weekend in Tampa. It hasn't always been easy getting details from the NHL about everything happening next weekend... but as the game inches closer, we're learning more and more.

The 2018 NHL All-Star Pre Game will be in the Amalie Arena Silver Parking Lot and across Old Water Street to the Cotanchobee Fort Brooke Park. This free, family-friendly event will be open Friday, January 26th from 5-10 p.m., Saturday, January 27th from noon-11 p.m., and Sunday, January 28th from noon until the All-Star Game starts at 3:30 p.m.

The Pre Game allows fans to get up close and personal with former and current NHL All-Stars, meet your favorite NHL mascot (mine is Thunderbug, of course), test your stickhandling and shooting skills in the NHL All-Star Skills Zone, and take pictures with some of the NHL's trophies, including the legendary Stanley Cup. (Of course if you can't see the Cup next weekend, just wait until the Tampa Bay Lightning's celebration parade in mid-June.)

Here are all the other events happening in downtown Tampa during the NHL All-Star weekend:

For Tampa’s best parties and events during Gasparilla, NHL All-Star Weekend and every weekend in 2018, plus all the best places to eat and drink in Tampa, register with 813area.We'll send you updates to your mobile device... and it’s free!