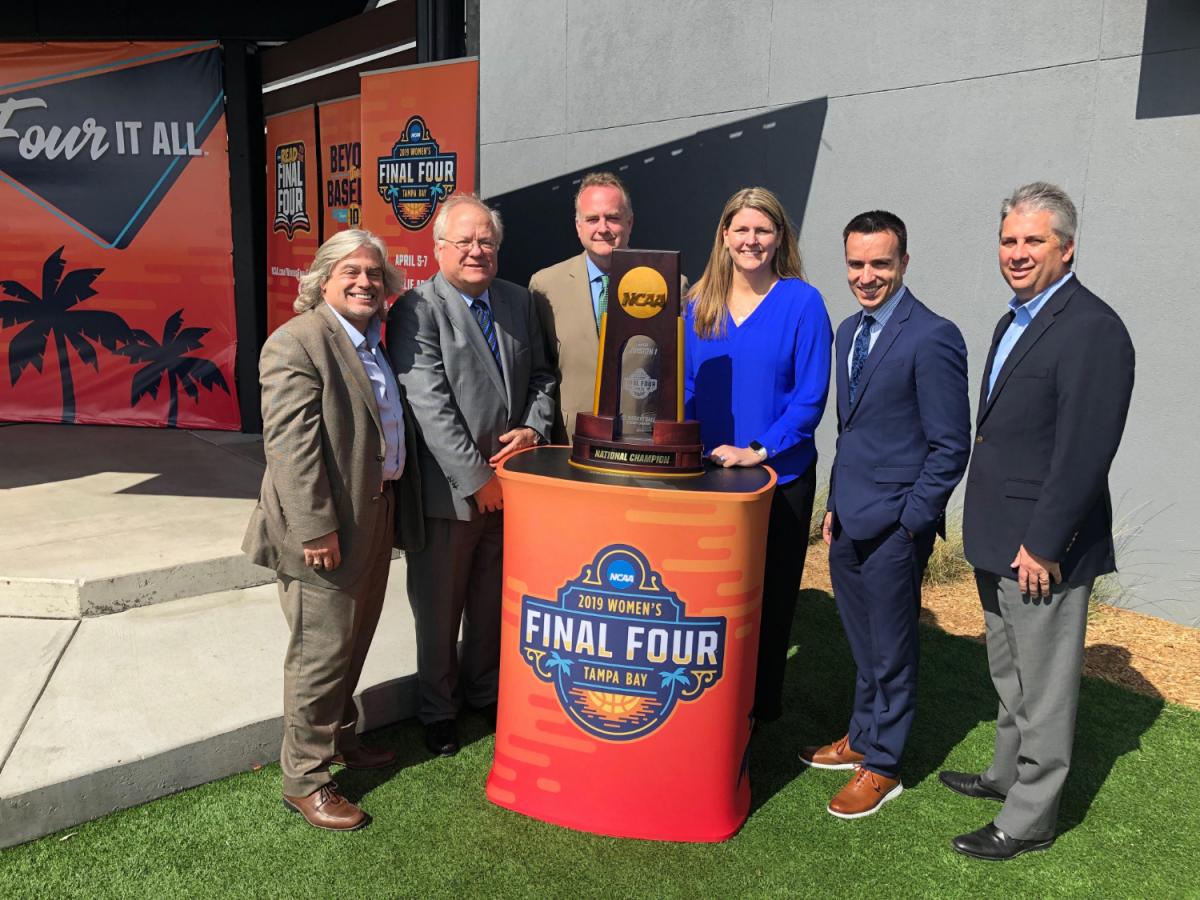 The Women's Final Four is set to take over Water Street Tampa and the rest of Downtown Tampa for the third time! With the semifinals taking place Friday, April 5th at 7 p.m. and 9:30 p.m., and the national championship tipping-off Sunday, April 7th at 6 p.m. Beyond the games, there are a ton of events sure to please the whole family. With anything from the Tourney Town festival full of giveaways, games, and autographs to Women's Final Four Bounce Parade all the way to the Tampa Convention Center!

Here are a few events to enjoy with your friends and family!

Tourney Town presented by Capital One

Tip-off your weekend with a trip to Tourney Town presented by Capital One. Tourney Town is a FREE festival jam packed with special appearances, autograph signings, interactive games, giveaways, and NBA Academy activities taking place all weeked at the Tampa Convention Center.

Hop, skip and jump into Women’s Final Four action with the NCAA Bounce presented by Buick. Ages 18 and under are invited to participate in this unique parade and FREE Women’s Final Four event with basketballs bouncing all the way down  The Tampa Riverwalk.

Since its inception at the 2008 NCAA Women's Final Four in Tampa Bay, Beyond the Baseline has served as an inspirational series of exclusive and exciting networking opportunities. This event will take place the entire weekend at the Tampa Convention Center.

Party on the Plaza

Tip off the national semifinal and championship games with a FREE party on the plaza outside Amalie Arena. elebrate the Final Four teams, listen to live music, and grab official merchandise, while enjoying a bite to eat.

Also Super Saturday is coming to Curtis Hixon Waterfront Park as well, and we'll have more details about that free concert with plenty of activiations in the area soon!

Along with all the fun, the Women's Final Four is leaving the Bay Area better than they found it. The NCAA and Tampa Bay Sports Commission have teamed up in the Read to the Final Four program with the goal to engage Hillsborough County students with a reading competition, with the Final Four elementary schools who winning a field trip to Tourney Town! A grant donation to the Moffitt Cancer Center will be made by the Kay Yow Cancer Fund the Wednesday before the event.
Also Basketball Hall of Famer Nancy Lieberman and her foundation, the Tampa Bay Organizing Committee, and the Boys and Girls Club of Tampa are putting together the Dream Court Project to renovate the basketball court of Dowdell Middle School. This will be the second bay area court mended by the Nancy Lieberman Charities, the first being the Freddie Solomon Boys & Girls club back in 2015. In another opportunity to highlight young women and sports the Tampa Bay Sports Commission and the Girl Scouts of West Central Florida are giving middle and high school girls a behind the scene look in what it looks like to work in sports media. Each girl will be provided mentors, the chance to see production trucks, and many other media areas while learning about a potential career in sports media.
We are all excited to see the Women's Final Four come to Tampa Bay along with the fun and philanthropy it brings. Come April 5th-7th and watch again as basketball takes over the city!