Your Complete Guide to Gasparilla Season in Tampa 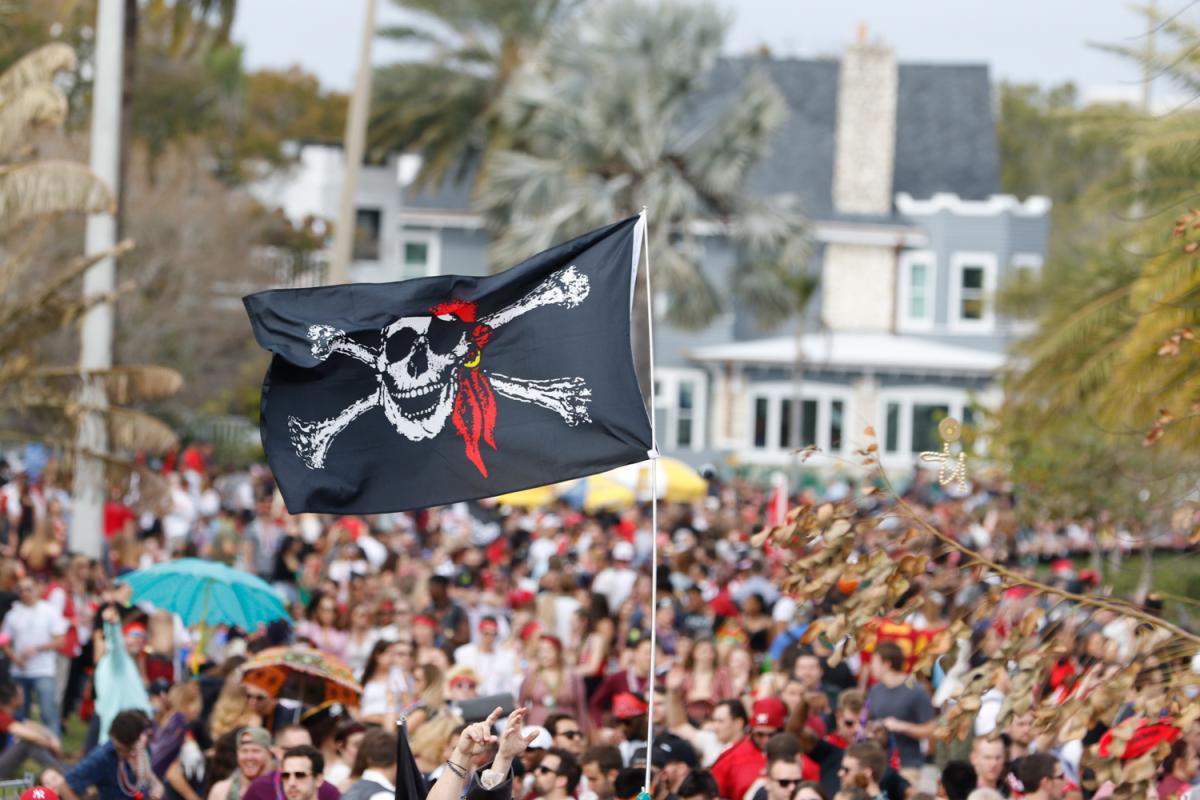 The holidays are over, and a brand-new year is here. That means it's Tampa Bay's favorite season, Gasparilla! There are so many parties, activities, events, and parades that it's almost impossible keep track of them all. As always, 813area has got you covered with our comprehensive guide to everything Gasparilla, so relax, don that pirate gear, shiver your timbers, and don't miss a moment of the fun during Gasparilla season in Tampa!

Gearing Up for Gasparilla: Where to Buy Pirate Style

Want to catch pirate fever, but you've got nothing to wear? Since the Gasparilla Pirate Fest (sponsored by the Seminole Hard Rock Hotel and Casino) is the third-largest parade in the entire country, Tampa is on the bleeding edge of pirate fashion. Bust out those "pieces of eight" (what pirates called Spanish silver dollars) and check out our definitive list of all the best Gasparilla gear shops and stores in the Tampa Bay area. Hot this year: chain belts, flounce skirts, and puffy off-the-shoulder tops!

Related content: Buccaneer Beads is the Best Source for All of Your Gasparilla Beads!

Gasparilla Parking | Where to Go, Affordable Options, and More

First and foremost, enjoy Tampa's largest outdoor festival responsibly: don't drink and drive! If you're imbibing the grog this year, please explore Tampa Bay's many alternative transportation options, such as the TECO Line Streetcar (a trolley), the Cross Bay Ferry (fun boat ride), the Pirate Water Taxi on the picturesque Hillsborough River, or the quick and quirky Downtowner Tampa Free Ride Service. If you're the car captain this year, peruse our handy guide to the best and most hassle-free parking and directions.

Check Out The Best Events In Tampa During Gasparilla Season

From the Gasparilla Children's Parade and 103rd Annual Pirate Invasion in January to the 52nd Annual Raymond James Gasparilla Festival of the Arts in March, we've got two months chock-full of events and activities with something for everyone! There's the Gasparilla Distance Classic, the 2022 Gasparilla Music Festival, and more parties, gatherings, and brunches in Tampa than you can shake a wooden leg at!

Related content: A University of Tampa Student's Guide to Gasparilla | Tips and Tricks to Surviving the Big Day

Celebrate the Return of Gasparilla at the Children's Gasparilla Parade and Extravaganza!

On Saturday, January 22nd, join thousands of local families at the fun and alcohol-free Gasparilla Children's Parade in Tampa! Featuring the cutest little pirates ever and loads of sights, sounds, and family activities, this is the perfect event to kick off Gasparilla season and get you in that pirate mood.

Makin' Yer Roger Jolly During and After The Gasparilla Parade!

The 106th Annual Gasparilla Pirate Invasion and Parade of the Pirates on Saturday, January 29th will take place in Downtown Tampa and along the world-famous Bayshore Beautiful. The insanely-popular Gasparilla Parade will feature music, food, activities, and, of course, the miles-long parade of Tampa's historic Krewe organizations along with local celebrities, marching bands, and more! Mateys, make your plans regarding pre-parties, the best spots to watch the parade, and the hottest after-events all over Tampa Bay!

Get Ready for the Biggest Gasparilla Barrrr Crawl of Them All!

Arrrrrgh ye ready for the biggest and baddest pub crawl of them all? Tampa's own Downtown Crawlers, a charitable and fun organization dedicated to bringing people together while raising funds for great causes, is hosting this year's 5th Annual Gasparilla Bar Crawl in South Tampa and the 5th Annual Gasparilla Bar Crawl & Brunch - Downtown Tampa including brunch and a party bus! Your parrrrty Cap'n will be running a continuous bus loop among some of Tampa's best watering holes before making you walk the plank into the midst of downtown and Gasparilla festivities at Curtis Hixon Waterfront Park.

The Do's and Don't Do's of the Gasparilla Knight Parade

The Krewe of the Knights of Sant Yago Knight Parade is happening in Ybor City on Saturday, February 12th. This wild and funky Gasparilla celebration of all things pirates has been a Tampa tradition since 1974. Catching beads and walking the planks of Ybor is free, but you'll get a better view and more booty with reserved bleacher seating. Plan your best knight ever with our list of do's and definitely don't do's.

It's back: Tampa's best spring music festival, and this year's event will be better than ever! Featuring artists like Nas, Sylvan Esso, Sofi Tukker, Matt & Kim, the Gasparilla Music Festival is a shining jewel in the pirate crown of Gasparilla Arts Month. Presented in part by the Gasparilla Music Foundation, this weekend-long event not only brings world-class performers and artists right into Downtown Tampa, but it also raises money towards musical education and instruments for local school children in Tampa.

This world-renowned celebration of independent film makes its triumphant return with dates to be determined. Featuring loads of captivating films, industry professionals, and exciting events, this film festival is what all the cool pirates will be doing in late March. Sponsored by Suncoast Credit Union, the Gasparilla International Film Festival has been wowing audiences and educating about the burgeoning Florida film industry since 2006.

Gasparilla season continues all the way until December with the annual Gasparilla Bowl. Stay tuned for more details!

Avast, ye salty dogs- there's so much more to Gasparilla season that we can't possibly list it all here, so keep checking 813area, your local guide to everything going in Tampa Bay, for the latest in Gasparilla news and hot tips. Revisit 813area a bit later to see our favorite pictures from Gasparilla 2022!