The Bolts are one game away from the Stanley Cup Final, and once again you can watch them from Curtis Hixon Waterfront Park in Downtown Tampa.

Tonight's Game 6 vs. the Washington Capitals starts at 8 p.m., but the festivities in the park start at 6 p.m. As has been the case for several playoff games, there will be three screens to watch the Steven Stamkos, Nikita Kucherov, Andrei Vasilevskiy and crew try and send the Bolts to the Final (yes, it's not Finals) for the third time in franchise history. There's also food, giveaways, and music during the intermissions so you don't have to see Mike Milbury whining about officiating again.

rise & grind #boltsnation! it’s #gameday! i’ll see you tonight at @mycurtishixon park as your host for the game 6 @tblightning party w/@coorslight starting at 6pm! @streetlaceddjs own @therealdjdeacon on music duty! let’s shut these dudes down once and for all! #gobolts #nocaps pic.twitter.com/lbwS1qCNdp

If the Bolts can win tonight or on Wednesday in Game 7 at Amalie Arena, they'll take on the expansion Vegas Golden Knights who defeated the Winnipeg Jets 4-1 in the Western Conference Final.

Keep in mind, you can bring a lawn chair... and possibly a poncho, too. Here's the projected forecast from weather.com... 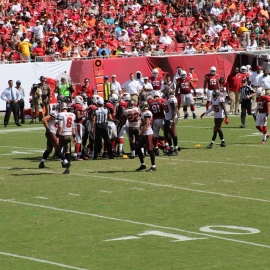 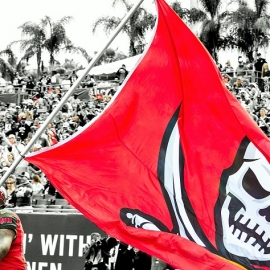