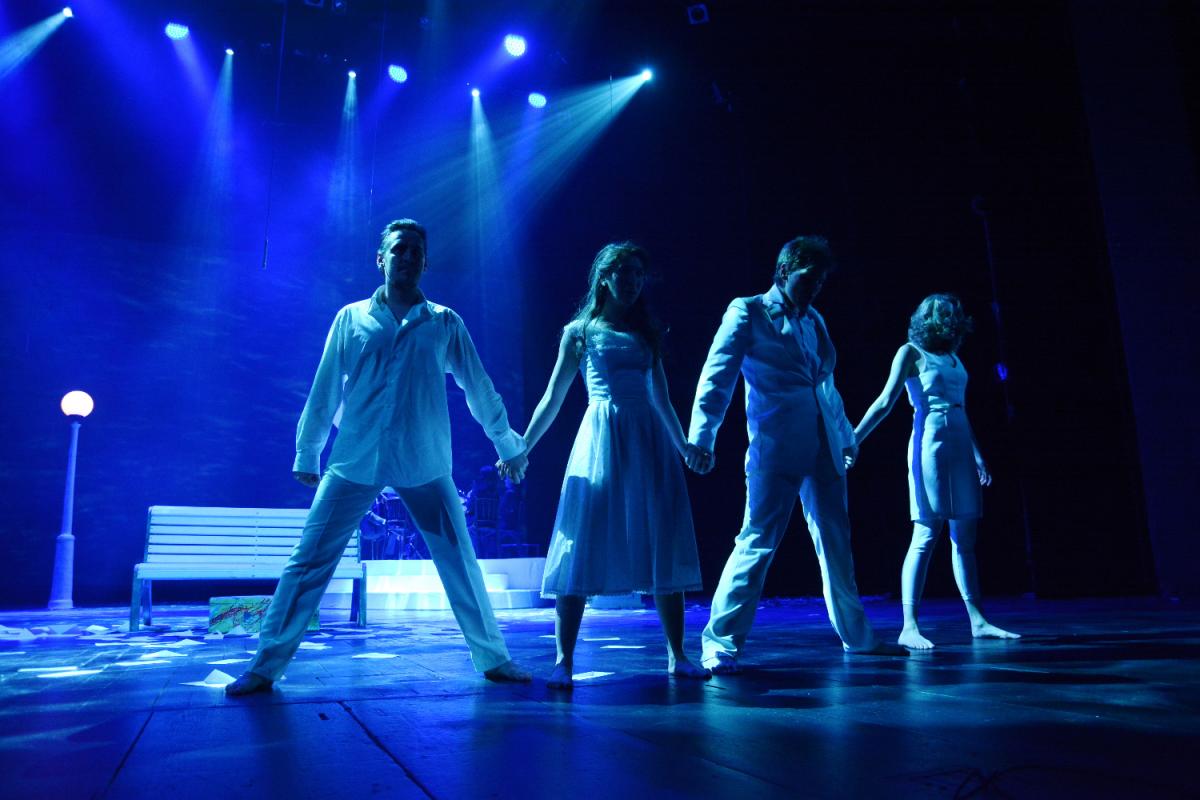 This year, the Straz Center for the Performing Arts has countless shows on the schedule for you to see. Big-name classics as well as lesser-known gems will travel to our beloved performing arts center with a little bit for everyone. If you're theatre fanatic or just love a good show, read on for our list of must-see shows coming to Tampa's Straz Center in 2019.

This classic is one that is destined to entertain. Les Mis is the kind of musical that everyone must see at least once in their life, and, each time after, you're bound to notice something new and different so that you see the production in whole new light. This is one show you can't miss, so make sure to book your tickets at the Straz Center now for any of the upcoming showings.

A Hundred Days is a riveting musical that details a love story between two people who live as if they only have 100 days to live. It's a story about living life to the fullest and taking advantage of every minute that we have with those that we love. This show is the epitome of modern musicals, and the direction that Broadway is taking toward more modern themes and songs.

Directed by Robert De Niro and Jerry Zaks, A Bronx Tale has made a comeback, and the musical is bigger and better than ever. The story paints a picture of life in the Bronx in the 1960s and is about making decisions that will affect your life forever. It presents the choice between pursuing a dream and maintaining a relationship with a beloved father. Bound to be both entertaining and emotional, this can’t-miss show coming to Tampa's Straz Center will definitely start your new year on a high note.

The modern hit Hamilton has blown up in a big way internationally. Everyone knows the name Hamilton for its modernized music while still telling the story of one of America’s forefathers. This show is one that any musical fan must see as it’s arguably the biggest show right now.

Tap Dogs is not your typical performance. It’s a hybrid of everything that modern Broadway has to offer, combining electrifying tap choreography, rock music, and theatrical performances. The show originated in Australia but has exploded and reached countries across the world. It has tallied countless awards and praises so far and is bound to earn more. Make sure to catch it while it’s in Tampa at the Straz Center because who knows when it’s going to next make its way to the States again.

Another hot show today, Dear Evan Hansen is one you absolutely must take advantage of during the short period it’s residing in Tampa. This musical has won some of the theater world’s most prestigious awards including the Tony for Best Musical in 2018. The story is one of social anxiety and a teenager’s struggle to fit in, one that everyone can relate to and will definitely move you to tears once you see it.

Perhaps the most family-friendly show on the list, Anastasia is a classic story that has been recently turned into a musical transporting you to 1920s in Russia and Paris. It’s the story of a girl traveling to find out her past while facing countless obstacles. Whether you’re a fan of the movie or theater in general, this is another show you can't pass up on, so make sure to grab tickets while you can at the Straz Center in Tampa.

Mixing themes of friendship and overcoming differences, Kinky Boots is an energetic musical that is another must see. The songs are all the old classics by Cyndi Lauper tied into the story of two unlikely friends coming together to revive a shoe company. This is a fun, lively musical unlike any other that you'll see in Tampa.

Based on an incredible true story, Come From Away tells the untold story of September 11, 2001. Everyone knows what happened that day in America, but what about Gander, Newfoundland? The U.S. Federal Aviation Administration cancelled all flights that were supposed to land in America that day, so 4,000 flights were forced to land in the nearest airport.

This brought 18 different planes to Gander International Airport, where the musical is set. They remained in the plane for 5 hours until they were allowed to emerge, only to remain there for another 5 days. This musical tells the stories of all 16,000 passengers who were stranded for 5 days. It’s an untold story that ought to be known, so make sure to catch it while it’s in Tampa at the Straz Center.

Get ready for your world to be rocked! Rock of Ages is the classic upbeat musical that has received countless awards and was made into a movie in 2012. If your music taste is more rock 'n roll rather show tunes, then this is the show for you. It features all of the 80s biggest hits from the era’s bands and artists. This showing at the Straz Center in Tampa a once-in-a-lifetime opportunity to see the most electric show traveling across the country.

Rick Riordan’s renowned novel is coming to life in a new way through this musical. Every teenager knows this story of danger, perseverance, finding oneself, and, of course, Greek gods. Riordan brilliantly combined the ancient mythology with modern times to create a riveting tale that promises to captivate any audience. Make sure to check out this musical to experience the story that you know and love in a brand-new way.

Beyond these big-name shows, the Straz Center in Tampa has countless other shows coming this year in one of their many other smaller theaters. Make sure to check out the full schedule for the Straz Center here. These must-see shows, however, will inevitably be the most talked about shows to travel to Tampa in this upcoming year, so grab your tickets while you can!

If you're looking for more events in Tampa, register on 813area for your free guide to everything local!