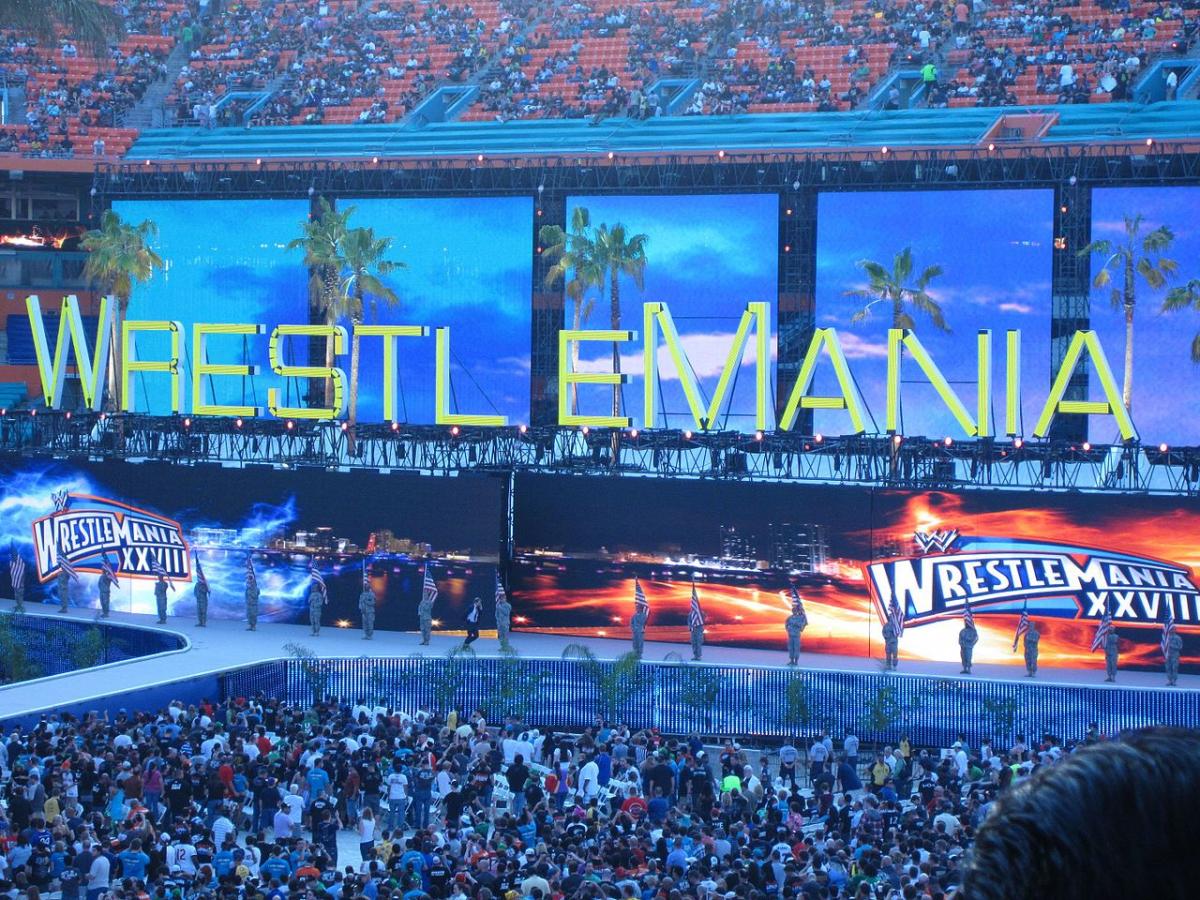 Tampa has strong historic connections to pro wrestling and is one of the best communities in the world for hosting big events, but Tampa has never hosted WWE's biggest event, WrestleMania. That changes soon with 813area.com's own Collin Sherwin confirming reports that Tampa will host WrestleMania 36 at Raymond James Stadium in 2020. With a press conference to announce Tampa Bay as WrestleMania host is scheduled for March 7th, what does this mean for our area? Here's an early look at what may be coming next year and what WrestleMania week will mean for Tampa Bay!

The first thing to know about Mania is that it's no longer just one event. It is a cultural experience that lasts a full week, a convention of wrestling fans from all over the world coming to visit Tampa Bay. The main event of the week will be WrestleMania on April 5th at Raymond James Stadium, but it's much more than that. It starts with months of promotion on television of "We'll see you in Tampa for WrestleMania!"

The popular developmental brand WWE NXT will have their NXT TakeOver live event in Tampa that weekend, most likely at Amalie Arena but could also work in the The Yuengling Center. NXT moved to Full Sail University in Orlando a few years ago, but once trained out of a warehouse on Dale Mabry. WWE NXT currently is active in Tampa Bay with monthly house shows at locations in Tampa, Largo, and Dade City. The WWE Hall of Fame ceremony will also be in Tampa that weekend, with Tampa's historic ties to the industry and the amount of retired wrestlers that live here, should be a special evening. Hopefully there is an opportunity for WWE to honor the old Fort Homer Hesterly Armory in Tampa which hosted weekly wrestling in the 70s, which is now the Bryan Glazer Family JCC.

WrestleMania Axxess is an immersive experience, including matches from NXT and independent wrestlers, appearances and autograph signings, part-museum with memorabilia and a store you can access without a ticket to the rest of Axxess. It will most likely takeover the Tampa Convention Center starting Thursday and running through Sunday or Monday of WrestleMania week. One of the advantages Tampa has over other communities is the beautiful Tampa Riverwalk leading into Curtis Hixon Waterfront Park. WWE could follow the lead of other major events hosted in Tampa Bay by focusing on the Riverwalk and having public events like concerts or festivals at Curtis Hixon Waterfront Park. The 2017 College Football Playoff did an excellent job using the Tampa Riverwalk for their events. 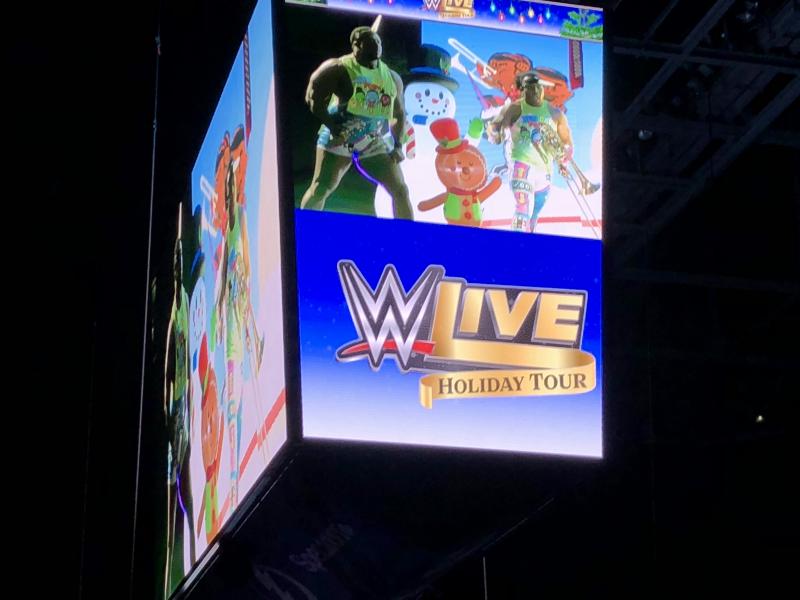 WrestleMania, as the biggest event in WWE, is known for elaborate set design, and will book Raymond James Stadium for at least a couple of weeks in advance of the show for construction of the stage. WWE uses their massive digital presence to reveal the set online (you can check out the WrestleMania 33 reveal here). Of course RayJay already has a pirate ship with booming cannons that we hope WWE will incorporate into the set! WWE NXT currently features Kairi Sane, known as the Pirate Princess. I cannot imagine WWE will miss the opportunity to have her on the pirate ship in Raymond James Stadium

And WrestleMania Week does not end with the event on Sunday. Due to the logistics and massive effort put into making the week a convention, both Raw on Monday and SmackDown on Tuesday are usually held in the host city. That means two more nights available for visitors to spend in our hotels, beaches and restaurants, and two more nights of Amalie Arena being booked. WWE, as a publicly traded company, will have events for major sponsors and investors throughout the week. You can imagine sponsor or charity events like that being held at AdventHealth Center Ice in Wesley Chapel, the Florida Aquarium or on Clearwater Beach.

I am not an economist, and there is great debate about the economic impact these type of major events bring to the host community. I won't argue about specific numbers, but letting visitors come in and see what Tampa Bay has to offer, from Sparkman Wharf to Ybor City, the Pinellas beaches, and much more is good for our area. It will draw people beyond the City of Tampa as well. In 2019 there are over 40 other wrestling shows outside WWE's offerings in the New York area during WrestleMania week. If that trend holds, this means business for venues in Pasco, Pinellas, Polk and Manatee counties as well. The Ring of Honor promotion runs at the RP Funding Center in Lakeland a couple times each year, look for that to be the venue for their show during 'Mania week in Tampa Bay.

The Tampa connection with wrestlers is still incredibly strong, with many performers making our area their home. WrestleMania in Tampa could shine a brighter light on the work real life good guy and Tampa resident Titus O'Neil does in our community year round, from mentoring kids alongside Hillsborough County Sheriff Chad Chronister, working with Metropolitan Ministries and now helping to develop more affordable housing for workers. Hopefully WWE features his community work to make Tampa Bay a better place front and center next year.

The Tampa Bay Sports Commission and their director Rob Higgins do an incredible job hosting events with the community, from the NCAA Women's Final Four again this April, to WrestleMania next year, and the Super Bowl in 2021. Tampa has hosted everything from Frozen Fours, the Republican National Convention, and the 2014 IIFA Awards celebrating Bollywood movies. Wrestling is something that has a deep cultural connection to Tampa Bay, both in the past and the present, and will be looking forward to hosting wrestling fans from all over the world.

Want to stay up to date on all the latest news about WrestleMania 36 in Tampa and other events around town? Stay plugged in with 813area.com or all the latest! Sign up for our email list to have all the latest events and things to do sent directly to your inbox!

Cover photo of WrestleMania 28 set from Wikimedia Commons, in-article photo from video board courtesy of the author.