A Skull In Connemara Hits The Stage Now Through April 9 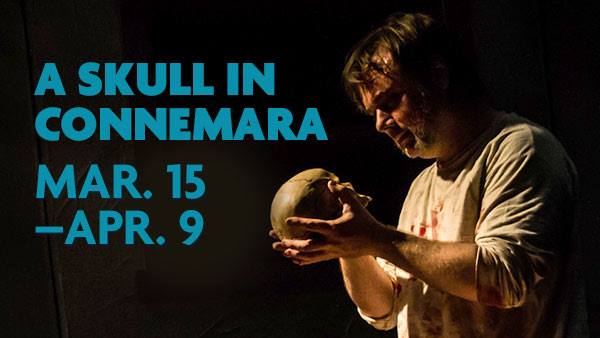 Once again Jobsite Theater captures the attention of Tampa Bay audiences with another enthralling performance of A Skull In Connemara by Martin McDonagh, performing now – April 9, 2017. In the intimate Shimberg Playhouse snug in the heart of the Straz Center, allow Jobsite Theater to transport you to Connemara, a region in County Galway, Ireland, to witness the mysterious circumstances in the town of Leenane where strange rumors surround a death seven years ago.
Become entwined in the mystery looming over the local gravedigger, Mick Dowd (Brian Shea) when he is assigned to unearth the bones of his deceased wife despite the town's speculation of his involvement in her demise. Will you side with the questioning townsfolk, MaryJohnny Rafferty (Diana Rogers), Martin Hanlon (Brandon Mauro), and Thomas Hanlon (David M. Jenkins) or will you let the bones Mick digs up speak for themselves?
You’ll be craving for more as you savor the dialect of County Galway and immerse yourself in the comedic language of the play. Afraid the language will go in one ear and out the other? No worries. Jobsite Theater provides a slang glossary to help audiences; however, you won’t be needing it with all the hysterical context clues. Need more hints? Ah-ha at the ironic set design (Brian Smallheer) and bone-chilling props (Spencer Meyers) lathered in the cynical lighting design (Ryan Finzelber). 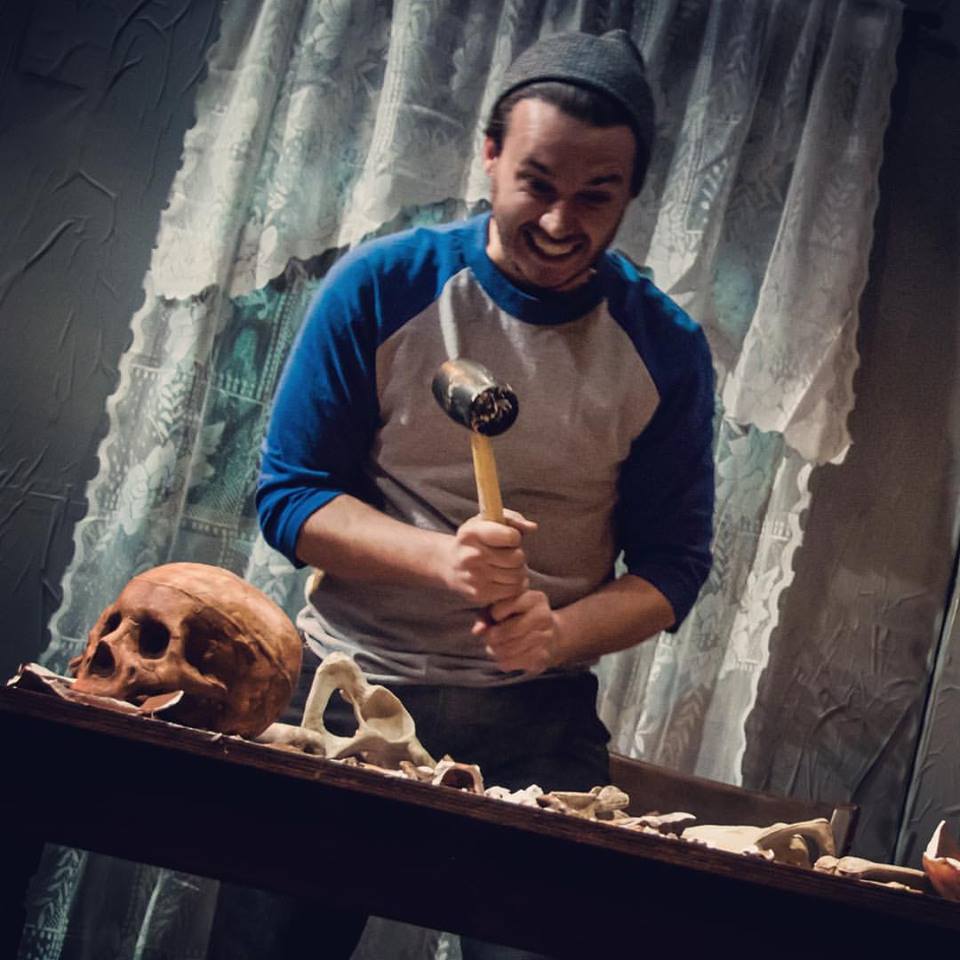 This dark comedy, A Skull In Connemara, will have you bashing your cranium trying to figure out this whodunit, flying skulls and bloody hatchets and all! Don't get stuck in the slurry on your way to the show, get your tickets in advance because this theater will fill up fast. General admission tickets are $28. Visit  A Skull In Connemara | Jobsite Theater for ticket information.